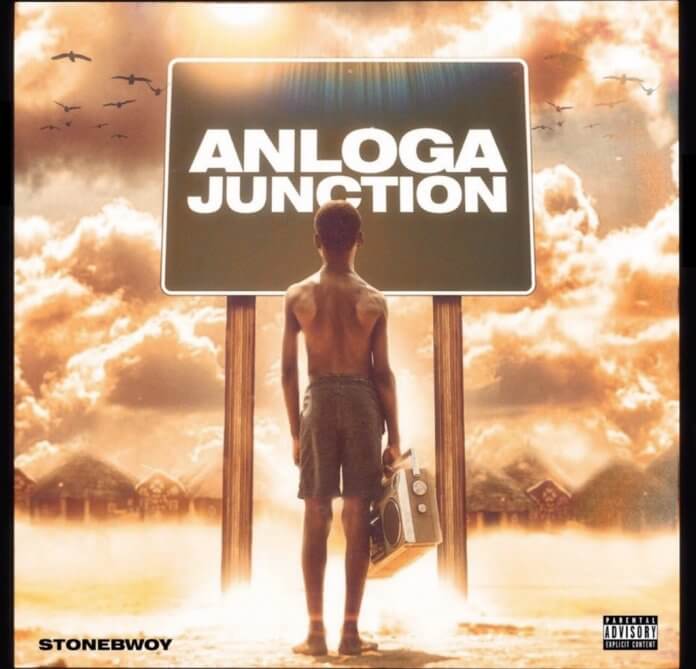 Ghana celebrity news. Streaming the Anloga Junction Album, the latest album from Stonebwoy. Streaming platforms for the much waited Album from 1Gad is finally here. Livingstone Etse Satekla, popularly known as stonebwoy released his long-awaited album titled Anloga Junction a few hours ago.  This comes off as his 4th Album in a row with the previous album as Grade 1 which was released in 2012, the second album called Necessary Evil came 2 years after Grade 1, Epistles of Mama, and the third album also arrived in 2017. The fourth Album which is currently out now on all major platforms, the  Anloga Junction features top music artists like South African Hot Rap Artist Nasty C, Ghanaian Music Veteran Kojo Antwi, The American Singer & Songwriter Keri Hilson,  Nigerian Afrobeats & hip-pop artist Zlantan and many more.

Now that you know most of the artist featured on the Anloga Junction Album let’s focus on how you can stream the album and enjoy the latest Album on the African Continent right now!  But do take a few minutes to read about how technology has helped reshape how music is distributed over the years. A whole lot of positive takes.  For example artist ability to monitor and monetize each play or stream of their songs, the geolocation of where their songs are been played, the demographics etcetera and etcetera.

So here are the streaming platforms to enjoy the Anloga Junction Album;

Deezer users are the link to stream the album

Get the Anloga Junction Album here

This is great news from ghana celebrity camp, especially from the music industry.  That’s the list of streaming platforms to enjoy the Anloga Junction Album from the Ghanaian and African Dance Hall Artist Stonebwoy.

Apple has been around for some time now, back in the early 2000s there were not seen in the picture when it comes to...
Read more

Rwanda is setting the path for Africa. Coronavirus has created many difficulties in the human race, the virus was first recorded in Wuhan and...
Read more